It interests me when politicians, whether local or national, decide that they’d really like to censor the work of artists. This interest stems from my studies at UCD under Dr. Alistair Rowan, Dr Nancy Dunn-Czak, and of course Dr. Paula Murphy. The study of the History of Art includes numerous modules on censorship of art, including the censorship of art works here in Ireland from the foundation of the state onwards.

Mostly I am interested in calls for censorship that derive from a political system that has existed in an unreformed state for many years, wherein politicians achieve power through local agitation, or as we refer to it here gombeen politics. Power in Ireland is sought after and attained when a (mostly) young male climbs from his youth group, to council, to government. A degree or equivalent isn’t really necessary to the hot housing of politicians, and therein lies the difficulty.

Maybe I expect that local  politicians should have an awareness of the major policy issues of their party in government and if there is a lack in their understanding, then surely they could take advice? Advice on art censorship can be had simply enough by a call to one or other of our university art or historical departments.

Shane Cullen’s Fragmens sur les Institutions Républicianes IV has caused some controversy in Athlone, where Cllr Mark Cooney has tabled a motion to have the work withdrawn from the Luan Gallery. Cllr. Cooney is a local politician of the Fine Gael party who are in coalition government with the Labour Party. Fine Gael has presented our Arts Department with our current Minister for Arts, Jimmy Deenihan T.D, who has made numerous pronouncements on the independence of both the arts and the boards of cultural institutes. Most recently in relation to unpopular merge proposals for our National Cultural institutes.

I read the (arts) manifestos, such as they were, of all the political parties coming up to the 2011 elections. They were not very inspiring and seem to present a seamless continuation of the previous government’s policies, that is, cuts to and bureaucratization of the arts. Nowhere was it mentioned that the then opposition parties would repeal the 2003 Arts Act which has had such profound effect on the independence of the arts in Ireland. Apart from slinging finances at The Gathering and the 2016 Commemorations, there are no new ideas. The Arts have always been second cousin to sports here, or maybe to a twee sentimentalism that represents how our country wishes to be seen abroad.

A small local row about censorship has done enough for me to be convinced that a Cllr. of the FG Party calling for censorship of visual art has absolutely nothing new to bring to the table with regard to how he perceives the attainment and the usage of his power. I am waiting to be convinced that it is otherwise, but the Minister of Arts is conspicuously silent on the issue and the problem of censorship is hived off into local rows that speak of ignorance in responsibility to culture, heritage and arts in Ireland. 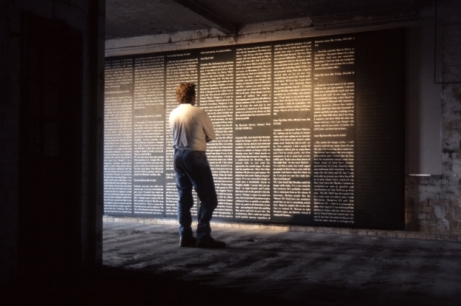